How Do Parachutes Work? 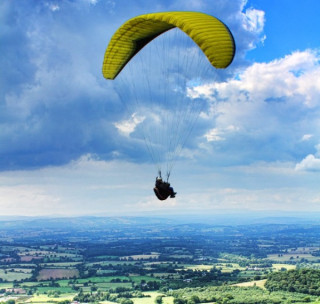 Every parachute is designed for one critical purpose: to slow the speed of an object undergoing the effects of gravity. Although this object is often a person such as a skydiver, I can also take the form of important cargo or supplies delivered via air. The larger the parachute, the greater the drag that is generated to protect a person or cargo from impact. Parachutes would not be able to function in a vacuum; there would be no air for them to catch.

The Parts of a Parachute

How parachutes work depends largely on the orderly function of their component parts:

When asking how parachutes work, it's important to consider the early designs of parachutes and the lessons learned during the experiments with each iteration.

The earliest parachutes were rounded like a circle when laying flat, which made them more unstable because they didn't always form a dome to catch enough air when deployed. Through trial and error, the military constructed parachutes that performed far better because they were shaped parabolically.

Early parachutes were not always easily steered and therefore were highly dependent on the conditions of the wind for a successful drop. Later on, holes were cut into the edges of their canopies so that soldiers and skydivers could have a greater degree of land in control. Eventually, these parachutes evolved into what we know today as the modern design that has been satisfying thrill-seekers ever since.

Are you ready to join the long legacy of sky-surfers and embrace the wind? Contact our team of veteran skydivers at Gold Coast Skydiving today to learn more!

Skydiving vs. Base Jumping The Benefits of Skydiving on Mental Health Can You Wear Glasses Or Contact Lenses While Skydiving? Skydiving vs Paragliding When you Skydive, Can you Breathe?
READY... JUMP! LET'S FLY!